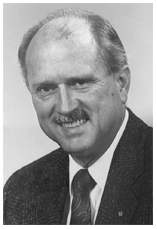 Bracy E. Greer, an alumni of Central Bible College, was ordained in the Assemblies of God in 1965.
He pastored four churches during his lifetime, and served as a foreign missionary in Tanzania, E. Africa. For five years he was instrumental in planting twenty-six churches, teaching theology in the University of Dar es Salam, began the first church to the Masai tribe and assisted Morris Plotz in opening the first Assembly of God church in the Northern Frontier of Kenya.
Bracy's second term he served in Eurasia Teen Challenge in Wiesbaden, West Germany, pioneering Macedonia Missions in Europe. Upon his return to the States, he joined the staff of Teen Challenge under David Wilkerson. The last years of his life, he worked as a close associate of Leonard Ravenhill.
Bracy was an international speaker and singer, dedicating himself to an exemplary life, living to win souls and disciple others, especially young people that would carry the torch in the future. He adopted the old Moravian challenge "to win for the Lamb that was slain, the reward of His suffering." He went to be with the Lord in 2001 at the age of 61 after 43 years of fruitful ministry.

Will Russia Invade the US

The Shroud of Turin

The Fight of Faith