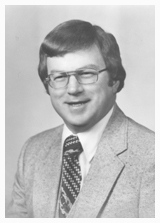 Dr. Calvin Durham began preaching when he was 16 years old with a convert to Christ being both saved and filled with the Spirit following his first sermon in Saint Jo, Texas, in 1963. From the beginning he had a heart for evangelism of the whole world although his ministry would be varied and diverse for 55 years and counting.

His education includes degrees from Midwestern University, Wichita Falls, TX, University of Mary Hardin-Baylor, Belton, TX, and the Assemblies of God Theological Seminary. He is a published author of two books and scores of articles in various religious magazines including the Pentecostal Evangel, Advance Magazine, and the Sunday School Counselor.

Early in his ministry he served as Associate/Youth Pastor with Pastor Carl Alcorn in Wichita Falls, Texas. Later he and his wife Beverly pastored five churches: Emory, TX (First Assembly); First Assembly in Harker Heights, TX (which he pioneered); Bryan, TX (College Heights Assembly); Grand Junction, CO (First Assembly); and Glad Tidings Assembly of God in Houston, TX. Interspersed with his pastoral ministry he also has evangelized approximately ten years carrying him to all fifty states and over twenty countries. Along the journey of life he served both the North and South Texas Districts of the Assemblies of God as Christian Education Director; South Texas as the District HonorBound and Light for the Light Director; and served as Administrative Consultant and District Liaison of the National Sunday School Department of the Assemblies of God.

Calvin grew up on a cattle ranch in the Red River valley of North Texas, and began his ministry practice preaching to the wild critters in the woods of the family farm. His love for unreached humanity has been the driving force that has taken him from the prairies of Texas to the diverse areas of frozen Siberia, jungles in Ethiopia, and the islands of the Pacific. Since his retirement from full-time pastoring back to the family farm in Nocona, Texas, in 2014, he has continued active in evangelistic ministry, interim pastoring, short term missionary tours, and directing tours to the Holy Land enhancing the lives of ministers and laity to more fully understand and live the Bible. Calvin and Beverly have three children (John, Melody, and Candus) and four grandchildren. John followed his father as pastor of Glad Tidings in Houston upon his retirement.

Revelation Series Part 4. What Happens When God Opens the Eyes of His Servants – Rev. 4:1-11

Revelation Series Part 6. The Day the Lamb Opened God’s View of History to His Servant – Rev. 6:1-17

Stepping from Membership to Discipleship

The Tree of Life

Used by permission of Calvin Durham.