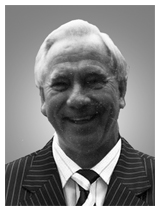 Charles "Winkie" Bowman started his ministry as a young evangelist in the Church of God of Prophecy. Later he was ordained by the Assemblies of God.

Charlie Bowman was a great lover of revival. He made dozens of trips for South Carolina to Pensacola, Florida to be in the Brownsville revival. He also hosted weekly revival services at Abundant Life for five years.

Brother Bowman went to be with Jesus on January 12, 2004 after a battle with cancer. He was only 66.

The Gifts of the Spirit

The Kiss of Heaven

We Need a Fresh Touch, Not a New Idea

Used by permission of Glennis Bowman.