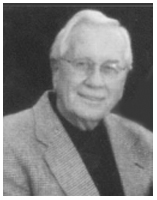 Clarence Cope was saved and baptized in the Holy Ghost in 1941 in Smartt Station, TN. As a teenager, Cope quit high school to work and give ninety percent of his salary to help build a church in Smartt Station.

Clarence and wife Edna pastored churches in Tennessee, Alabama, Georgia, and Colorado. Clarence has also held positIons on both a district and national level for Ihe Assemblies of God. The Cope's church in Grand Junction was the largest in the state.

In 1985 Clarence became a missionary to Sri Lanka in the Indian Ocean. They served there for eighteen productive years.

Assemblies of God Genearl Superintendent George Wood had this to say about the Copes: "You are a wonderful model and inspiration to uS of all it means to be Christians to be married and to have a wonderful family. You have also demonstrated by your continuing involvement wilh missions an unflagging zeal to the work of the Lord."

Today he is retired in Georgia and unable to travel.

Look on the Fields

Used by permission of Clarence Cope.