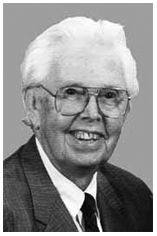 How Much of What You Are Doing Is for Eternity

Used by permission of Denise Carrigan.