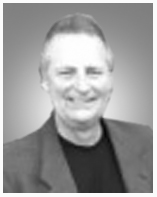 Greg Coleman was born October 16, 1955, in Evansville, Indiana.  Greg and his family traveled the country as Assembly of God evangelists for many years.

He pastored The Harbor at Holley Assembly of God for 19 years. Greg was a Presbyter for District Three with the Northwest Florida Assemblies of God.

Greg was a member of ASCAP as a songwriter, he has published numerous Christian songs that have been sung around the world by various recording artists. He was a studio muscian, playing for many notable projects.

Greg was an Associate Pastor at Family Worship Center in Baton Rouge, Louisiana, where he sang, played guitar, and preached over the SonLife Broadcasting Network, reaching million of viewers around the world.

Greg entered his heavenly reward on June 24, 2016 after a long battle with cancer.

Everything Is Not Always As It Seems

Positioning Yourself for a Miracle

The Ministry of Helps