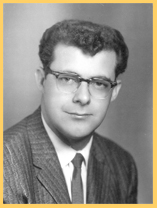 Charles Linfield Crowder was born November 13, 1929. Dr. Crowder, an evangelist was known to some as the “Man of many Ministries”. For over 50 years he was involved in world evangelism, preaching revivals, crusades, camp meetings, youth camps, minister’s institutes, and Spiritual Emphasis revivals at Bible Colleges.

These ministries took him into all 50 states and 60 countries of the world. On March 29, 1956 he was ordained as a minister with the Idaho District of the Assemblies of God and in 1960 he received appointment as a missionary evangelist for overseas evangelism. As such he traveled to over 60 countries of the world with 34 trips to the Marshall Islands. In 1969 he was honored to be the speaker at the Sunday evening service of the General Council of the Assembly of God in Dallas, Texas.

He was a graduate of Northwest University in Kirkland, Washington. They honored him as Alumnus of the Year and then with an Honorary Doctor of Divinity in 1986.

Dr. Crowder was well known for his preaching on Bible prophecy, science and current events as he correlated the three. He was considered by some to be one of the top Bible preachers in our nation during his generation.

One of the loves of his life was taking people on Bible tours to the Holy Land and during his life he took 54 trips to Israel.

Dr. Crowder helped start a movement called Craftsman for Christ. The name was later changed to Mission America Placement Service (MAPS). It is a ministry of Assemblies of God U.S. Missions that coordinates volunteers to assist churches and ministry institutions with construction and evangelism projects.

there are many hundreds of people that knew him as their spiritual father, friend and mentor.

One of his favorite sayings was “Eternity, Eternity, where will you spend Eternity? And what will you do with Jesus?” Brother Crowder was ushered into the presence of the Lord by the angels on December 24, 2010.

A Contract with My Eyes

A Miracle of Modern Missions

A Tale That Is Told

A Young Man in Babylon

An Outline of Bible Prophecy

Are the Heathen Really Lost?

Are You Full of the Holy Ghost?

By His Stripes We Are Healed

Candle of the Lord

Dating and Breaking Up

Do Little Children Go to Heaven when They Die?

Facing the Future by Faith

Hell Fire and the Book of Mormon

How Shall God Work

How to Build a Half Million Dollar Church Debt Free

I’m Looking for Another Way

Jesus Is the Son of God

Joy in the Camp

Judge and Judge Not

Making Your Own God

Meditations on the Cross

Not Ashamed of Jesus

Probability and the Birth of Jesus

Proud to Be a Christian

Psychiatry for the Soul

The Case of the Lying Compass

The City Limits of Jerusalem

The Dilemma of Youth

The Exorcising Value of Speaking in Tongues

The Gates of Hell

The Glory and Gore of the Cross

The Jeopardy of Jordan – Part 1

The Jeopardy of Jordan – Part 2

The Justification of Jonah

The Lamentation of Lebanon

The Liberating Value of Speaking in Tongues

The Love of God

Used by permission of Leilana Mussell .