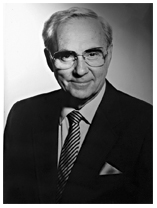 When Richard Dortch was 15 he heard Oral Roberts preach the gospel and call sinners to repentance at First Assembly of God Church in Granite City, IL. Richard responded to God's call and surrendered his life to Christ.

Dortch began his ministry as a pastor and was also a missionary to Belgium where he helped found and lead Emmanuel Bible Institute in Andrimont, Belgium.

He later served the Illinois District of the Assemblies of God as Secretary Treasurer and then District Superintendent for 13 years.

Go and Tell This People

Having a Forgiving Spirit

Leadership in the Local Church

Pastor and Church Board Relationship

What Is the Truth?