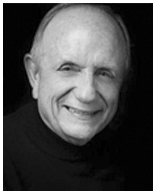 Alton Garrison served as the assistant general superintendent of the Assemblies of God.  In addition, he serves as the director of the Church Transformation Initiative which helps churches renew their spiritual vitality and reach their full kingdom potential.

Garrison served as executive director of U.S. Missions from 2005-2007; as superintendent of the Arkansas District from 2001-2005; and as pastor of First Assembly of God, North Little Rock, Arkansas, from 1986-2001.  Throughout his pastorate, First Assembly experienced significant growth spiritually, numerically, and financially.  During 1996, he led First Assembly in a year specifically dedicated to missions where the church gave $1.4 million to World and U.S. missions.  Garrison also served as an evangelist from 1968-1985.

Garrison and his wife, Johanna, have one daughter, Lizette, and one grandson.  He has authored the books:   Hope in America's Crisis, Building a Winning Team, Acts 2 Church, and The 360° Disciple.

Be All that God Wants You to Be

Building a Hedge Around Your Family

The Dragon Prevailed Not

The Friend of the Bridegroom

The Pied Piper – Part One

The Power of Blessing – Part One

The Power of Blessing – Part Two

Who Is the Author of My Trial

Used by permission of Alton Garrison.