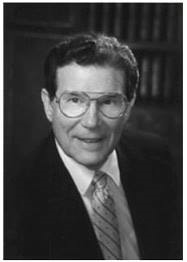 Bertram H. Clendennen was an ordained minister with the Assemblies of God. In November 1956, he founded Victory Tabernacle in Beaumont, Texas. He pastored the church until 1992 when he became a full time missionary to the former Soviet Union at the age of 70. He continued to serve the Victory Tabernacle as pastor emeritus until his death in 2009.

In 1992 the first School of Christ was birthed by Clendennen in Russia. The material is now used in over 100 countries around the world and tens of thousands have studied Brother Clendennen's basic Bible studies.

For fifty-five years Clendennen served as an internationally known speaker, author, radio, and television minister. His conservative Pentecostal preaching brought hope and deliverance to thousands around the world.

For more about Brother Clendennen's ministry and the International School of Chirst visit www.schoolofchristinternational.com.

A Blessing and a Curse

A Disease, A Physician, A Remedy

A Man Sent from God

A Ministration of the Holy Spirit

Assuming the Ministry of Christ

Can We Repeat the Success of the First Century

Crown of the Incorruptible

Depression – What Is the Cause?

Do You Believe In the Holy Ghost

Faith is Not Inherited

Footprints of the Antichrist

God’s Strategy for the End Times – Part One

Has the End Finally Arrived?

Hook in the Jaw

Living in the Kingdom

Nothing Shall Be Impossible Unto You

Prophetic Ministry – A Vision that Constitutes a Vocation

Prophetic Ministry – A Voice that May be Missed

Prophetic Ministry – Prophecy by the Anointing

Prophetic Ministry – The Call to Holiness

Prophetic Ministry – The Kingdom and Its Entrance

Prophetic Ministry – The Making of a Prophet

Prophetic Ministry – The Old and the New

Prophetic Ministry – Why the Prophets Were Not Heard

Refuse Him Not that Speaketh

Results of Living in the Kingdom

Russia Prowls to Her Doom

Save Your Life and Lose It

Sin Will Find You Out

Somebody Will Cross that River

Spiritual Secrets to a Life of Faith

The 1st Give-up of God – The Unclean Spirit

The 2nd Give-up of God – Homosexuality

The 3rd Give-up of God – The Reprobate Mind

The Altar and the Blood (Heb 9)

The Bride Has Made Herself Ready

The Challenge and Hindrance of Two Worlds

The Claim of the Gospel

The Convicting Work of the Holy Ghost

The Crown of the Incorruptible

The Curse and the Cure

The Day of the Beast

The Day of Thy Visitation

The Dead Shall Hear

The Dogmatism of Truth

The Early and Latter Rain

The Effects and Conditions of Being Filled with the Spirit

The Extra of Heaven

The Extra of Heaven – Part Two

The Full Stature of Manhood

The Gift of the Spirit

The Heat of the Desert

The Holiness of God

The Holy Ghost Is the Interpreter of Scriptures

The Kingdom of God

The Leaven of the Pharisees

The Ministry of the Comforter

The Mystery of Iniquity

The Name of Jesus – Part One

The Name of Jesus – Part Two

The Nature of the Conflict

The Next Prophetic Event

The Power of a New Consecration

The Power of the Spirit

The River and the Altar

The River and the Throne

The River of Grace

The Spirit and Life

The Touchstone of Reality

The Truth that Sets Free

The Truth That Sets Men Free

The Violent Take It By Force

The Wonder of God’s Tomorrow

The Word Made Flesh

Thine Is the Power, Kingdom and Glory

To Him Who Overcometh

Tragedy of Departing from the Vision – Part Two

Tragedy of Departing from the Vision Part One

What Is the Holy Ghost?

What It Means to Pray Through

When the Door Closes

Without Spot or Wrinkle

*We are not sure of the title to this message.

Used by permission of Brenda Turnage.