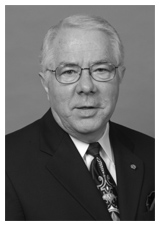 Benny W. Ferguson has been ordained with Assemblies of God for over 50 years.  His ministry started in the North Texas District where he pastored for several years.

He and his wife, Sherri then traveled as full-time evangelists in the mid 70’s until moving back into the pastorate in 1978.  Then a family of four, he pastored in Oklahoma and Missouri through the 80’s and early 90’s.

In 1992, he was appointed National Light for the Lost Director for the Assemblies of God in Springfield, MO. He traveled to over 30 different countries sharing the Gospel in both print and in word. Under his leadership of 13 years, there was tremendous growth. Over $100 Million was raised for LFTL materials that were distributed in over 200 nations.

After serving in Light for the Lost, he devoted time raising money for Fire Bibles, the number one study Bible in the World. He continues to have a burning passion for missions and spreading the Gospel.

Currently living in Missouri, Pastor Benny and his wife, Sherri are semi-retired, and still preaching several times a year. They love spending time with their seven grandchildren.

Born in the Fire