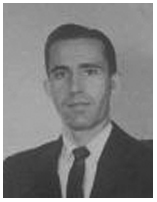 Cecil Brown served in the Army from April 1953 – April 1955. He was stationed at Fort Chaffee, Fort Smith, Arkansas.

Brother and Sister Brown led dozens of trips to Israel and visited numerous other countries. He was always happy to tell you that they had perfect attendance in Sunday School for fifty years.

He was honored in 2008 for 50 years as an Assembly of God minister. Our Pastor Brown could be described as a “Prince among men.” He walked with class, his shoulders straight, no matter how he felt, or the situation. He greeted everyone with a smile and a handshake, or until recently, a fist bump.

He has sat through many a surgery for family and church members and made a million, maybe more, hospital visits during his lifetime. We do not know how many children he dedicated, how many people he baptized, how many weddings he performed, or how many funerals he preached. He was a man of character – someone who was the same at church, as he was outside of church. He has made a mark on so many lives, his legacy lives on.

Do You Know God?

The Tops of the Mountains

The Church of Christ

Used by permission of Bethesda Church, OKC. The Browns had no children.