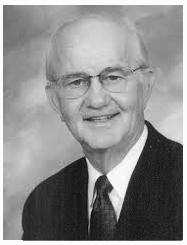 Charles Crank was ordained with Assemblies of God in 1962 and has served as evangelist, pastor and administrator. He served the Indiana District Council of the Assemblies of God for two years as youth director, four years as

secretary-treasurer, and twenty-nine years as superintendent. He served The General Council of the Assemblies of God as a member of the general presbytery for thrity-seven years. Since 1993, he continues to be an honorary general presbyter.

His ministry has taken him to more than 40 countries in Africa, Europe, Asia and the Americas. He has been the featured speaker at church conceferences, conventions and camp meetings throughout the United States and overseas.

Something to Believe In

The Preacher’s Vision, Venture and Victory

What To Do When You Don’t Know What To Do

Used by permission of Charles Crank.