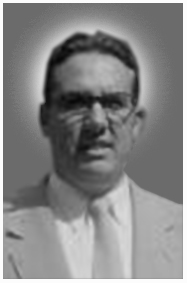 Charles Greenaway was a great man of God and a missionary statesmen. He spent 16 years in Africa and 5 years in Europe and for 14 years was head of the Eurasia field of the Assemblies of God.

Although he was best known for his missionary connections, Greenaway also served as an evangelist, a pastor, an administrator, and a teacher.

A Nail in a Sure Place

And David Walked through the Valley

Ask for the Old Paths

Do You Know Who He Is?

Doubts and How to Deal with Them

Get Your Eyes on the Harvest

God Never Gives Up on You

He Still Walks the Water

I Am the Poorest and the Least

I Will Build My Church

Is Your Bed Too Short

Jesus of Nazareth Passeth By

So Send I You

Stay on the Wheel

The “I” of the Storm

The Fathers of Pentecost

The Fountain and the Flame

The Gates of Hell Cannot Prevail

The Wind Bloweth Where It Listeth

There Was a Man

Too Much to Gain to Lose

Trailblazer Series – Adventures on the Nile

When Ziklag Is on Fire

Woe to the Crown of Pride

Used by permission of Philip Greenaway.