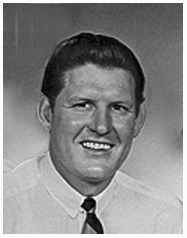 Charles Ogdon was one of the greatest church evangelists in the Assemblies of God. Although he pastored, it is clear his calling was to be an evangelist. Charles preached all across the United States and overseas as a missionary evangelist, principally in the South Pacific Islands.

A talented singer, song writer and musician, Charles and his family recorded many musical projects. Through the decades, he was in great demand as a camp meeting speaker.

It is possible that more people received the baptism in the Holy Ghost under the ministry of Charles Ogdon than any other evangelist. Pentecost was always a major emphasis of his preaching.

After the Rapture, What Then?

Can We Trust God for our Healing?

Can You Trust Christ for Healing?

Few There Be That Find It

God Uses Us to Build His Church

My God Shall Supply

The Baptism in the Holy Spirit and Talking in Tongues

When We All Pull Together

Where Is the Promise of Your Coming?

Why I Believe in the Rapture

Used by permission of Charles Ogdon.