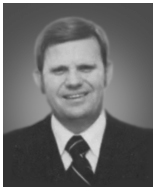 Dale Gentry is the founder and leader of Let's Pray America. He has been in ministry since 1966. Dale served as a senior pastor for 23 years and for the past twenty eight years has served as a prayer leader and prophetic voice.

Raised in the Assembly of God in Comanche, Oklahoma, Dale was the son of a pastor. In his early years, he played and sang with a gospel music group and worked as a radio announcer.

Prayer is Dale Gentry's passion and he is currently mobilizing a million people to pray for revival in America, another spiritual awakening. Dale has been a prayer leader since 1967 and has been calling America to pray since 1985. His prayer influence not only includes America, but many other nations of the world where he has traveled. Dale has led prayer at the White House and many other geographical locations. His prophetic word in England in 1997 has resulted in prayer rooms being started in 125 nations of the world. Dale desires to see churches across America return to the place of prayer, plus houses of prayer started across this land. He is a messenger of hope.

Dale and his wife Jean live in Austin, Texas.

All that Believed Were Together

Be Planted in the House of the Lord

How to Deal with Stress – Part Four

How to Deal with Stress – Part One

How to Deal with Stress – Part Three

How to Deal with Stress – Part Two

Judgement on the Platform

Our Purpose and Seasons

Pray Thru Until You Break Thru

Speak What You Know

The Amazing Results of Revival

The Call of God

The Pulpit Problem in America

The Role of the Prophet

Times and Seasons of Your Life

When You Come to Your Wits End

Used by permission of Dale Gentry.