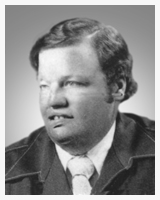 Dave Roever grew up in a minister’s family in South Texas. At the height of the Vietnam War, Dave received his draft notice. Rather than serving in the infantry, he joined the U.S. Navy and served as a riverboat gunner in the elite Brown Water Black Beret in Vietnam.

Eight months into his tour of duty in Vietnam, Roever was burned beyond recognition when a phosphorous grenade he was poised to throw exploded in his hand. The ordeal left him hospitalized for fourteen months, where he underwent numerous major surgeries. His survival and life are miraculous.

Today with his humorous style, Roever is enthusiastically received both nationally and internationally as a public speaker. He is a superb communicator and speaks in a variety of settings including churches, public schools; business, men’s and youth conventions; and military installations around the world. Roever has also been a frequent guest on national television talk shows. He established compassionate, ongoing missions work in Vietnam and is involved in other nations.

To learn more about Dave's ministry, visit his website - daveroever.org

A Sin Unto Death

Being All God Intended You to Become

God Is in Control

If I Should Die

Stay in Your Gutter

Used by permission of Dave Roever.