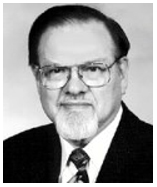 Dr. David Allen Lewis (affectionately known as Dr. Dave), was ordained with the Assemblies of God in 1956 and served in the ministry for over 50 years.

He authored over 40 books, produced 39 television documentaries on location throughout Israel, and traveled to the Middle East 67 times, promoting the welfare of the Church, Israel and the Jewish people.

Armegeddon – Judgement of the Nations

Russia and the USA

Signs of the End Times

Sounds of the Middle East – Petra

The Jew in Bible Prophecy

The Jew in Biblical Prophecy

The Millienium and the New Heavens and Earth

The Mystery of the Kingdom of God

The Rapture and the Judgement of Believers

War in the Fourth Dimension

What Is a Cult