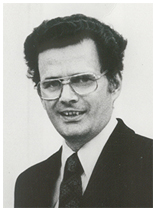 Don was instrumental in developing the residential rehabilitation/discipleship program that has been the success in changing lives for so many students of the program. He along with Frank Reynolds had the vision to have the biblical curriculum that eventually became the standard teaching for the residents. The Brooklyn Teen Challenge Center also became the inspiration and model for similar programs to be launched across the United States.

In 1987 Don and David founded Times Square Church on Broadway in Manhattan, New York. The church grew to a weekly attendance of 5,000. Don states, "pastoring with my brother was one of the highlights of all my years of ministry."

In 1995 Don took on a new assignment when he founded Global Teen Challenge (GTC) that helps establish Teen Challenge Centers worldwide. He served there for some 13 years helping to plant new Centers around the world and doing training of leaders and workers. Today Teen Challenge is in 115 countries with over 1,100 Centers.
Don Wilkerson has authored over a dozen books including "Within A Yard of Hell", "Counseling by the Scriptures", "Called to the Other Side", and "Dear Graduate". The latter books consist of 12 letters Don writes to graduates to help them face the challenges of life outside of Teen Challenge.

In June 2008 Don returned to lead the Brooklyn Teen Challenge Center where it all began over 50 years ago. He and his wife Cindy now live in Brooklyn.

Don’t Give Up Your Testimony

Used by permission of Don Wilkerson.