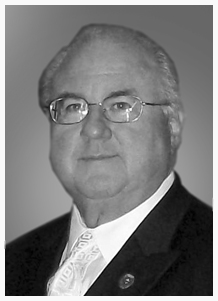 Dr. Frazier answered an altar call to serve Christ at age 18, but spent his early ministerial career in music. He was ordained in 1974 and earned a Ph.D. in 1980 that led to years as a professional counselor.

In 1988, he moved to Houston to lead the Braeswood Assembly of God. In semi-retirement, he led Sunday services and provided grief counseling in nursing homes, his son said.

He also was a regular contributor to Absolutely Gospel Music, writing on the website about scholarly biblical interpretations and translations.

Frazier once hosted and produced a syndicated online radio show, "Adventures in Faith." It often opened with his original gospel music that included Frazier's singing, piano, synthesizers and guitar.

Frazier w known as a prayerful counselor who helped Christian couples heal after infidelity, a self-taught piano player who wrote nationally circulated gospel music and a scholar who self-published a book that explored original Greek scriptures to find meaning lost in translation.

He had led congregations in Texas and South Carolina, started Gospel-based radio and television shows, founded hospital and police chaplaincies and, in his spare time, worked as a professional photographer. He was an honorary member of the Katy Police Officers Association.

His motto was simply, "Everyone wants to help you...you simply have to convince them of that fact."

Don’t Fiddle with the Middle

How to Keep from Popping Your Pegs

The Power of Song

Used by permission of