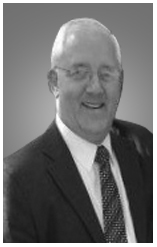 Duane Miller has been a pastor for over 48 years and has preached all over the world. He is a published author, former host of a drive time radio show, and frequent speaker at churches and Christian conferences.

In 1990 while pastoring First Baptist Church in Brenham, Texas, Duane lost his voice from a flu virus.

The virus had apparently infiltrated the nerves of his vocal cords. Over the next 3 years Duane saw some 60+ specialists and their teams, totaling over 200 physicians from all over the world. The consensus was that the condition would leave him mute and while medical science might prolong the final outcome by a few months, by 1994 there would be nothing left for medicine to do.

Duane stepped down from his pastorate at the time and struggled with understanding what God was doing in this situation. After 3 years of confusion on how he could fulfill his burning desire to share God's message of hope and redemption, he was asked to fill in to teach a Sunday School class at First Baptist Church in Houston. In 1993, while attempting to read Psalm 103 Duane was miraculously healed and moment was caught on tape. This recording has been circulated around the world and played on "Focus on the Family" and many other radio programs. Oprah invited Duane to tell the story on television because it is completely verifiable. His story is detailed in his book, Out of the Silence , published by Thomas Nelson, Inc.

Duane is now serving as the pastor of Pinnacle Church in Mabank, Texas.

Redeemed from the Pit

"Redeemed from the Pit" - This is the story and evidence of Duane's healing.

"Shepherd" - This is a sermon Duane wrote before his miracle and one he never expected to preach.

Used by permission of Duane Miller.