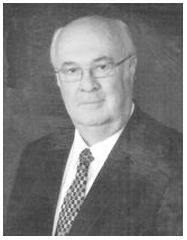 Dwain Jones has served as a pastor, leading churches in Arkansas, Oklahoma, Tennessee, and Texas. He has also been a missionary, the national secretary for Light-for-the-Lost, and the director of Men's Ministries for the General Council of the Assemblies of God.

Dwain Jones is a tremendous communicator. He is in great demand as an evangelist at camp and revival meetings. He speaks with conviction, conveying to listeners that he is a man sincerely interested in bringing the gospel to a lost and dying world.

Today, Jones travels around the Unites States speaking to raise support for programs that are provided free of charge for the needy at Calcutta Mercy Hospital in India.

Brother Jones received his promotion to glory on December 1, 2016.

Arise and Sing to the Darkness

How God Sees His Church

It Behooved Christ to Suffer

Missions: The DNA of the Church

The Power of the Gospel

Used by permission of Dwain Jones.