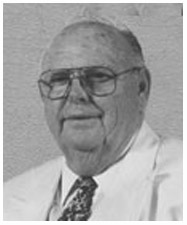 E L Terry was a champion prize fighter and was on his way to a match in Madison Square Garden when he stopped to visit family in Taylor, Texas and surrendered his life to God.

Dr. Terry was a pastor, teacher, evangelist, missionary, author and prophet. His greatest love was evangelism. His ministry

brought deliverance to hundreds of thousands in 103 countries, islands and states. While ministering in crusades

A Greater than Solomon

The Mule Walked On

The Preparation to Receive the Holy Spirit

When Everything Is Against You

Where are the Miracles

If you want to learn more about E L Terry and purchase his sermons visit www.masterfulsermons.com.

Used by permission of Steve Terry.