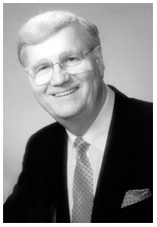 He pastored several churches before coming to Braeswood Assembly of God in Houston in 1970. Banning served Braeswood for 30 years as pastor, co-pastor for 9 years and pastor emeritus for one year.

In addition, Pastor Banning served as General Presbyter of the Assemblies of God and Assistant Superintendent and Executive Presbyter for the South Texas District of the Assemblies of God. He was well known for his radio program, Life Worth Living, and he provided a late night devotional on KPRC-TV for many years. He was a visiting lecturer on Christian psychology and church growth in more than 25 countries, including Europe, Asia, Latin America and Africa.

Used by permission of Steve Banning.