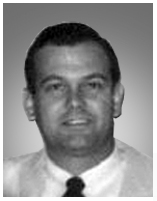 Ernest L. Rolland was born April 22, 1920, in Hanna, OK. He grew up in Oklahoma City during the Great Depression. He joined the CCC to help support his mother, sister and brother. He came home after his time fire fighting in California and soon met the love of his life. He married OmaLee Murrell on Nov. 16, 1941, in Chickasha. Ernest served his country during World War II by joining the Navy.

A neighbor invited Ernest to church and refused to take "no" as an answer. Ernest heard the message of salvation at Faith Tabernacle Assembly of God and walked down the aisle to accept Jesus Christ as his Savior.

Ernest felt God's call on his life to become a minister. He accepted that call and became an ordained minister of the Assemblies of God, serving churches in Fletcher, Comanche, Duncan, Ringling, Antlers and Corum before retiring in 1996 at the age of 76. This year marks the 50th anniversary of his ordination.

Brother Rolland passed from this life to his heavenly reward March 29, 2014, just short of his 96th birthday.

Used by permission of Virginia Lokey.