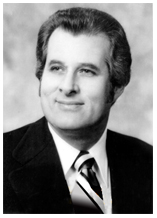 He has been a featured speaker for five Assemblies of God General Councils in the United States, several foreign councils, forty-eight District Councils in the U.S., and numerous Ministers Institutes and Retreats. His writings have been published by several national and international newspapers, as well as a variety of periodicals including The Pentecostal Evangel. His memoir is titled "The Improbable Pilgrimage."

Used by permission of Everett Stenhouse.