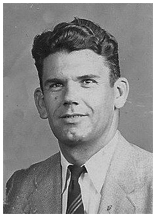 G Q began his ministry with the Pentecostal Church of God. He was ordained a minister in 1935. From 1939-1943 he served the church as the national PYPA president.

GQ transferred his credentials to the Assemblies of God in November 1948. He was elected pastor of Glad Tidings Assembly of God in Houston, Texas the same year. Manley pastored the church for 23 years until his death. During his pastorate the church purchased the current property and built the initial building known as “Manley Chapel.” The church saw significant growth during a series of powerful revivals in the 1950's and 1960's.

The Sixth Seal of Revelation