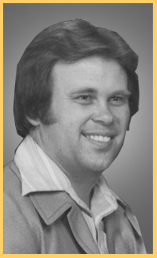 Garry D. Smith was born in Hillsboro, Texas in 1947, and was raised in Fort Worth.  He accepted the Lord during his teen years and almost immediately began to preach the Gospel as a teenage evangelist in the North Texas area.  He was ordained by the North Texas District Council of the Assemblies of God in 1970 .  He and his wife Barbara evangelized many years throughout the southern United States before accepting their first pastorate in Dangerfield, Texas.  Garry is an astute preacher of the Pentecostal faith and has pastored numerous churches in Texas and Tennessee for over fifty years.

In 1971 he became the Assistant D-Cap of North Texas and in 1974 he became District Christ Ambassador’s President of the North Texas District.  His heart for missions would take him throughout the world in short-term missions work and evangelism and he would raise millions of dollars for Speed the Light and other mission efforts.  Ultimately, he pastored Christian Temple in Forth Worth and currently is pastor of CityGate Church Fort Worth.  Garry continues as an executive in The Full Gospel Fellowship of Churches & Ministers International having previously served as South Central Regional Vice President.  His services are broadcast weekly on the internet and via radio.

But God – Mercy and Grace

Used by permission of Garry Smith.