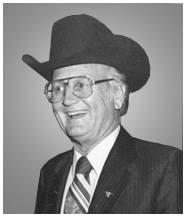 Dr. George Brazell spent over 60 years in ministry, including 35 years in higher education, 23 years in instruction and 12 years in administration. He was the vice president of Southwestern Assemblies of God University.

A noted public speaker, Brazell ministered in summer camps for 32 years and was especially known for his unique humor and rapport with young people. Thousands of young people affectionately called him "Uncle George." Only heaven knows how many teenagers were saved, baptized in the Holy Ghost and called into ministry under Brazell's anointed ministy. Dr. Larry Martin, the owner of Pentecostal Gold was called to preach at Brazell's Oklahoma Youth Camp in 1967.

Commit Your Ways Unto the Lord

What to Do before You Call the Psychologist

I Can Acheive It

Made In His Image

What Do You Say After You Say I Am – Comanche, OK

What Do You Say After You Say I Am – Houston, TX

Why Did She Leave Her Waterpot?