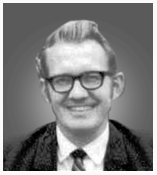 Gordon Donald Fee was born in 1934 in Ashland, Oregon. His father was an Assemblies of God minister who pastored several churches in Washington state.

Fee received his B.A. and M.A. degrees from Seattle Pacific University and his Ph.D. from the University of Southern California. On April 21, 2010, Fee was awarded an honorary Doctor of Divinity degree from Northwest University in Kirkland, Washington, where Fee has taught in the past and where a building is named for his father, Donald Fee. After teaching briefly at Wheaton College in Illinois and for several years at Vanguard University of Southern California, Fee taught at Gordon-Conwell Theological Seminary in South Hamilton, Massachusetts from the Fall of 1974 until 1986. He then moved to Regent College where he is now professor emeritus.

Fee is considered a leading expert in pneumatology and textual criticism of the New Testament. He is also the author of books on biblical exegesis, including the popular introductory work How to Read the Bible for All Its Worth (co-authored with Douglas Stuart ), the "sequel," How to Read the Bible, Book by Book, How to Choose a Translation for all its Worth (co-authored with Mark L. Strauss ) and a major commentary on 1 Corinthians as well as numerous other commentaries on various books in the New Testament. In the 1990s, he succeeded F.F. Bruce to become the editor of the notable evangelical commentary series, the New International Commentary on the New Testament of which his commentaries on 1 Corinthians and Philippians are a part.

In 2012, Fee announced that he is retiring as general editor of the New International Commentary on the New Testament series due to the fact that he has been diagnosed with Alzheimer's Disease.

How to Choose a Bible Translation

The Church As a Worshipping Community

The Culture of the Kingdom

Used by permission of Gordon Fee.