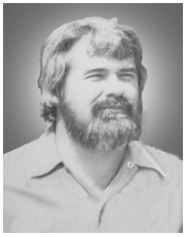 Harold pastored several churches in Oklahoma, but was a bi-vocational minister throughout his life. Harold was never firey or flamboyant, but he was always faithful. For more than twenty-five years he served churches in Duncan, Oklahoma as a children's pastor. He was a talented artist and a member of the Christian Magicians Association. Harold conducted kids crusades and camps. He loved children and ministered to hundreds both in America and on missionary trips to Mexico.

Harold was a beloved brother-in-law of the owner of this site who relates this testimony: "Harold called me and shared his sermon on fire with me and I preached the message at a minister's conference at Brownsville Assembly of God. I will never forget the response. Thank you, Harold. I miss you."

Harold met his Savior in glory in 2004. He was only sixty-two years of age.

Used by permission of Dorenda Speed.