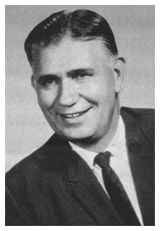 Haskell Hubert Rogers was born Feb. 10, 1912, in Duncan, Oklahoma. As a young man, he worked for various oil companies building oil tanks for the MK Tank Company in Texas and Oklahoma.
In 1935, Haskell was ordained with the Assemblies of God. After serving as an evangelist, he took his first pastorate in Ada. They later pastored churches in Fittstown, Okla., Odin and Carmi, Ill., Duncan, and Levelland, Texas. Haskell then became district superintendent of the West Texas District of the Assemblies of God, living in Lubbock, Texas, serving for 14 years in that office. After leaving office, Haskell spent most of his time conducting Bible studies, prophecy seminars and revivals.
Haskell moved to Bixby in 1999 to be closer to family. Brother Rogers died Feb. 27, 2007 at the age of 95.

A Lack of Knowledge

He Does Devise Means

More on the Baptism in the Holy Spirit

Patiently Waiting for His Return

The Baptism of the Holy Spirit

The Coming of the Lord

The Ministry of Reconciliation

The Most Important Doctrine in the Bible

The Security of the Believer

The Thousand Year Reign of Christ

Twelve Reason I Believe in Speaking in Tongues

Used by permission of Hildreth Loyd. 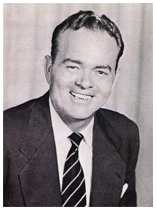 Allen was one of the most successful and most controversial of the tent revivalists of the 1950s and 1960s. He felt the call to tent evangelism after attending an Oral Roberts meeting. Unlike some of his contemporaries, Allen always insisted that his meetings were integrated.

At the peak of his ministry, he appeared on fifty-eight radio stations daily as well as forty-three TV stations. At the time of his death, his Arizona headquarters, known as Miracle Valley was 2,400 acres and even had its own airfield.

At that time, A. A. Allen Revivals, Inc. was publishing "well over" 60 million pieces of literature a year. The circulation of Miracle Magazine, published monthly by the Allen ministry, was 450,000.