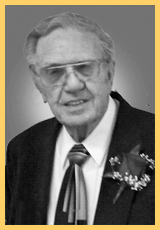 Henry Claud Russell was born in Briscoe County near Silverton, Texas on January 20, 1929. On July 15, 1950, he married Dahlia Spraberry in the Mt. Blanco community. Henry and Dahlia would serve in the ministry for 63 years. He pastored across 4 states, and continued ministering to people until his death.

He was very active in every aspect of church work, not only pastoring, but also pioneering churches, and serving as a Presbyter in numerous districts. He loved to play the guitar and sang with his wife. He was very firm in his beliefs, but always a gentle and kind person who had something humorous ready to share with everyone

Brother Russell passed away on August 18, 2019 in Liberty, Missouri of natural causes. He was 90 years of age.

Used by permission of Mike Russell.