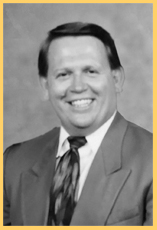 James Lemuel Dodd III received the call from God to foreign missions in 1999 after pastoring churches in America for 27 years. They accepted the assignment to Belize, Central America and served there for two terms.

In 2008 his ministry in Belize was completed, and he felt God leading in a new direction. He joined Strategic Missionary Resources and developed the Strategic Church Planting ministry after being trained by the Assemblies of God Church Multiplication Network. For over 5 years, James and his wife Susan have conducted numerous church planting boot camps in Kenya, South Africa, and Swaziland. Presently they have developed Strategic Church Planting International under Assemblies of God World Missions. God is continually opening doors for ministry in Africa as well as different countries around the world. It is their passion to develop, empower, and train national leaders to plant missional churches as well as many facets of evangelism.

In 2014 James became the pastor of Rowan Christian Assembly in Salisbury, North Carolina. He led the church through a revitalization program and then served as an interim pastor in Houston, Texas.

Today, James lives in Thomasville, NC and works for the North Carolina District of the Assemblies of God.

Now That You Are a Christian

Let Us Go Over to the Other Side

A Day of Good News