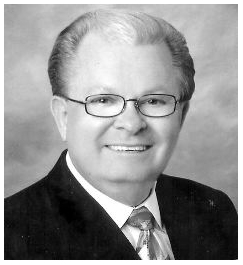 Jerry B. Walker was a powerful evangelist often leading extended meetings in some of the greatest churches in America and missionary work around the world. He began preaching while he was a small boy. Walker was a featured speaker at conventions and revival conferences. Jerry B was the first Charismatic to be invited to conduct Miracle Services in St. Paul's Anglican Cathedral in Toronto, Canada.

Walker was an ordained minister in the International Pentecostal Holiness Church for more than fifty years, but he preached in churches of all denominations.

Bishop James Leggett, head of the IPHC at the time of Jerry B's passing said, "Jerry B. Walker was an outstanding evangelist. Some of the greatest revivals across the church were a part of his ministry. I have heard many pastors praise him for leading their church in the most effective revivals at their churches. Some of those meetings would continue for weeks and perhaps even more than a month. Numerous people across the church can trace the beginning of their Christian life to the ministry of Jerry B. Walker, and many can testify to healing and miracles in their lives as a result of his prayers and ministry."

Used by permission of Freddie Bailey, Sr, board member Jerry B Walker Ministries.