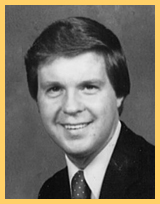 Pastor Jim Cymbala was born in Brooklyn, NY, where he enjoyed a successful career playing basketball in high school and then college. Upon graduation from the University of Rhode Island, he entered the business world and married his childhood sweetheart Carol. Although unforeseen by them, it wasn’t long before God called them into ministry.

Arriving at The Brooklyn Tabernacle, Pastor Cymbala and Carol found a congregation of less than 20 people meeting in a rundown building located in an impoverished part of downtown Brooklyn. Over the years, God has shown his faithfulness to them and their congregation in many miraculous ways. Their present campus includes a large, renovated theater in downtown Brooklyn, where thousands of people come each week to hear the good news of Jesus.

Pastor Cymbala is the author of several books, including Fresh Wind, Fresh Fire, which was named Christian Book of the Year. He has also done a number of video series on prayer and other important topics for the Christian church.

All Revivals Are Started by Prayer