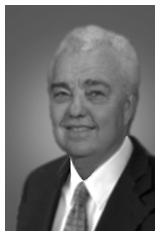 James "Jim" Earl Rentz, Jr. was born on July 3, 1938 in Lakeland, Florida, the child of James and Edna Rentz. After a short career as an electrician, at the age of 30 he became a pastor. He became the pastor at Bethel Assembly of God in Hialeah, Florida where he served for 10 years.

In 1979 he and his family moved to Baton Rouge, LA to pursue ministry opportunities at Family Worship Center. During his time there he served as crusade director where he traveled to over 50 countries spreading the gospel.

After many years of serving on staff at Family Worship Center, Jim Rentz, traveled as an evangelist with his wife, Esther.

At the time of his passing he and Esther were the senior adult pastors at Healing Place Church. Jim also served as the chaplain at Angola State Penitentiary for the last 14 years. In total, he served as a minister of the gospel for 52 years.

There is a Hole in Your Soul

I AM the Light of the World

I AM the Door I AM the Way

A Kingdom of Priests

The Wind The Waves and The Water

When Your Ship Wrecks

The Death of the Promise

Used by permission of Jim Rentz.