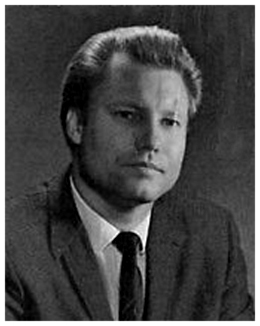 It could be argued that Jimmy Swaggart is the greatest Pentecostal preacher that ever lived. Perhaps more people were saved and baptized in the Holy Ghost under the minsitry of Jimmy Swaggart than any other man in the twentieth century. I first heard Jimmy preach in 1969. I thought he was the greatest preacher I had ever heard. Forty-five years later I still feel that way.

Swaggart was raised in the Assembly of God church in Ferriday, Louisiana. From there he launched a ministry that changed the world. In the 1970s and 1980s his radio and television broadcasts circled the world. Swaggart led some of the largest mass evangelism crusades of the period.

Today, Swaggart still is a major presence on cable televison but he primarily preaches in the church he founded, Family Worship Center in Baton Rouge. A prolific writer, Jimmy has written dozens of books and a multi-volume commentary on the whole Bible.

Also known as a singer and musician, Swaggart has sold millions of records, tapes and CDs. Perhaps more than any other Christian artist.

Abraham and the Commandment of God

All the Devil’s Apples Have Worms

Amalek: Victory over the Flesh

America at the Crossroads

An Invasion from Hell

Apostles, Adversity and Our Advocate

Bible Reasons You Should Speak in Tongues

But Have Poured Out My Soul before the Lord

Come Up with Me

Demonic Involvement in the Human Family

Destined for a Throne

Ere the Lamp Went Out in the Temple

Four Conditions for Making the Rapture

Four Women of the Gospel

He Shall Baptize You in the Holy Ghost

Hell Is No Joke

Hindrances to Receiving the Holy Spirit

How Do You Know that You Are Saved?

How Do You See it Now? Part One

How Do You See it Now? Part Two

How Soon Before the Rapture

If I Were Satan This Is What I Would Do

If the Footman Has Wearied Thee, How Will You Contend with the Horses?

Is Speaking in Tongues Relevant Today

Is There Really a Hell

Judas: And It Was Night

Let Them Build Me a Sanctuary

Let Us Pass Over to the Other Side

Make Room for the Camels

Our Lord’s Return to Earth Again

Paul’s Thorn In the Flesh

Perilous Times in the Last Days

Pillars in the Temple of God

Praise: The Key to Victory

Some False Doctrines in the Church Today

Some Questions about the Holy Spirit

Speaking in Tongues: The Evidence of the Holy Spirit

That in Which God Delights

The Baptism in the Holy Spirit

The Battle of Armageddon

The Burning of a Man’s Field

The Christian and Demon Spirits

The Church and the Holy Spirit

The Cleansing of the Human Soul

The Contest between Good and Evil

The Council at Jerusalem

The Day That David Recovered All

The Day They Took the Roof Off

The Destructive Power of the Gospel of Jesus Christ

The Diety of Jesus Christ

The Doctrine of Substantiation and Identification

The Famine in the Land

The Feast of Pentecost

The Four Alls of the Resurrection

The Four Deadly Sins of America

The Four Laws of Love

The Fulfillment of Man

The Gospel of Self Esteem

The Great Commission of Jesus Christ

The Great Questions You Have to Answer

The Hardest Message Jesus Ever Preached

The Lamb of God

The Last Sermon that Jesus Preached

The Last Will and Testament

The Law of Life in Jesus Christ

The Leprosy of Sin

The Life-Style Produced by the Holy Spirit

The Maniac, the Master and the Multitude

The Marriage Supper of the Lamb

The Message of the Book of Acts

The Message of the Watchman

The Ministry of the Holy Spirit to Believers

The Name of Jesus (Some Bad Audio)

The Place, the Price and the Peace of Surrender

The Plague Was Stayed

The Prayer of Paul in Prison

The Preparation of the Church

The Principle of Death and Resurrection

The Principles of Bearing the Cross

The Process that Leads to Victory

The Puzzling Questions of Life

The Rapture of the Church

The Resurrection of Lazarus

The Rise and Fall of Lucifer

The River of God

The Seeds for Destruction

The Shout of a King

The Sound of Pentecost

The Spirit and the Bride Say Come

The Tale of Three Kings

The Thirst of the Human Soul

The Three Appearings of Christ

The Tragedy of Disobedience

The Two Greatest Dangers of the Consecrated Christian

The Witness of the Spirit

The Work of Holy Spirit in Behalf of Church

The Young Man Who Made Up His Mind

Then the Fire of the Lord Fell

There Is a Path

There Is a Remedy – General Council 1969

There Is a River

Walking in the Light

What Are You Living For?

What God Can Do; What Satan Cannot Do; What the Saints Ought to Do

What Jesus Taught about the Soul and Life ater Death

What Profit Shall this Birthright Do to Me

Will the Circle Be Unbroken

Will the Soviet Union Invade Israel

You Shall Know the Doctrine

Used by permission of Jimmy Swaggart.