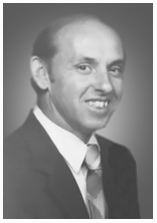 Joel Edward Withem was born in Spencer, Indiana on  27 Apr 1948. His ministry  began when he moved to Texas to attend Southwestern Assemblies of God College in Waxahachie..  While enrolled at Southwestern as a full-time student , his ministry as pastor was launched.

Brother Withem also pioneered and established two very successful churches—New Life Church in Sommerville, Texas and Brazos Valley Family Worship Center in Bryan, Texas. He led the congregation in Bryan  in the construction of a beautiful church facility. He was still pastoring Brazos Valley when the Lord called him home on March 31, 2019,

Used by permission of Juanita Withem.