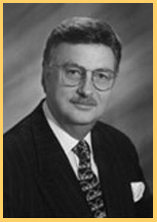 Dr. John W. Bosman is the founder and president of SpiritWind International, a transdenominational, transcultural, international ministry, embracing the essence of building unity in the Body of Christ and facilitating the restoration of the five-fold ministry in the Church.

Over the past two years, John has launched powerful leadership networks in both South Africa and Zimbabwe which represents thousands of pastors and churches. SpiritWind endeavors to network denominational leaders and ministry organizations internationally.

Born in Zimbabwe and reared in the Republic of South Africa, John entered into full-time ministry in 1969 and successfully pastored several churches in South Africa. John and his family immigrated to the United States in January 1986.

Immediately before entering into his present international ministry, John served for fifteen years as Senior Pastor of the fast-growing Glad Tidings Church in Lake Charles, Louisiana. Under his leadership the church grew from fewer than five hundred to a thriving congregation which now occupies a 3,500-seat, state-of-the-art worship center.

He served as Assistant District Superintendent for the Louisiana District Council and also as General Presbyter for the General Council of the Assemblies of God, on the Board of Regents of Southwestern Assemblies of God University as well as CIS Bible Schools in Russia. He is also the founder of both the JWB Institute for Leadership and Laity Development and Hamilton Christian Academy.

The True Meaning of Pentecost

Used by permission of John Bosman.