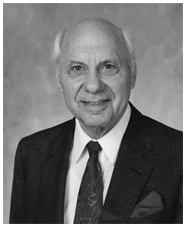 Pennsylvania, Maine, Massachusetts, and New York. The New York District of the Assemblies of God elected him as superintendent in 1953 and he served until he accepted the General Council Office in 1975.

In looking back over his life - through some difficult times - Joseph once said, "I always felt that God was there behind the scenes controlling my destiny and being in charge of all the circumstances." And he often quoted Philippians 1:6, "Being confident of this, that he who began a good work in you will carry it on to completion until the day of Christ Jesus" (NIV).

Brother Flower went to be with the Lord on March 29, 2010 just after his 97th birthday.

Partakers of the Divine Nature