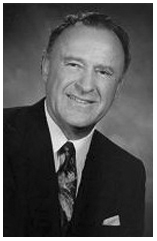 Karl Strader was born in Oklahoma and reared a Methodist before becoming a Pentecostal. He was educated at Bob Jones University.

Strader pastored in Indiana and Florida for a total of fifty-one years. His primary ministry was at Carpenter's Home Church (First Assembly of God) in Lakeland, Florida where he served forty years.

Karl served on many boards and committees including the board of regents of Oral Roberts University, Dr. Cho's International Board of Chruch Growth and the Peninsular Florida District of the Assemblies of God.

He has written nine books, plus several books of sermon outlines and appeared on multiple television programs.

Winning Converts and Caring for Them

Used by permission of Karl Strader.