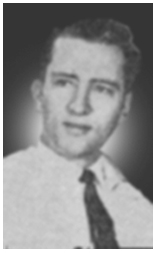 Pastor Ken George was born September 23, 1934, in Haskell, TX. He received a calling to enter into ministry as a young boy. He graduated from Central High School in Fresno, CA. After graduation, Pastor George took his first pastorate at the age of nineteen in Ferndale, CA. Memorial Day, 1954, Pastor George was the lone survivor of a car crash resulting in a mangled hip, months in the hospital, and a diagnosis for amputation of his left leg. He refused. Told he would be permanently crippled, Pastor George went home to his parents' home to convalesce, unable to even resign from his pastorate. While there, he attended a church service and received a miraculous healing allowing him to walk again.

Pastor George thereafter began preaching as an evangelist. He met his wife and life-long partner, Patsy Brasher, while preaching a revival service at her father's church in Crane, TX in 1955. The couple married the same year and began their nationwide evangelistic ministry. After serving as an evangelist for over six years, he returned to his original calling, pastoring several churches in Oregon, Texas, Colorado, California, and New Mexico. In 1974, Pastor George became pastor of First Assembly of God (later known as First Family Church and today as Copper Pointe Church). During his 19 years as Senior Pastor, the church grew exponentially, requiring the construction of a new building at 4701 Wyoming Blvd.

Pastor George also served his denomination in numerous positions including Sectional Presbyter, Assistant Superintendent of New Mexico (12 Years) and General Presbyter for the national Assemblies of God (28 years). He was elected Superintendent of the New Mexico District in 1993, and served in that position until his retirement in 2009.

26 Gifts of the Spirit – Part Three

26 Gifts of the Spirit – Part Four

26 Gifts of the Spirit – Part Five