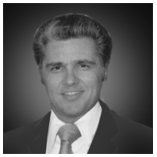 Kenneth was born on May 28, 1937 to Charlie and Juanita (Bailey) McGee in Healdton, Oklahoma. He was the oldest of four siblings. He was called into the ministry and felt called to attend Southwestern Bible School, in Oklahoma City.

In the fall of 1958, he joined the Sentries Quartet, where he was the tenor singer and preached his famous sermon, “The Horrible Pit” based on Psalm 40. He loved being on the evangelistic field singing, and preaching on the subject of the Holy Spirit. He has led thousands of people into the baptism of the Holy Spirit.

His first pastorate was at El Reno First Assembly of God until he was hired to become the Associate, and eventually the full time Pastor, at Faith Tabernacle in Oklahoma City, OK. It was at Faith Tabernacle where they experienced a miraculous 14-week revival with Rev. Jerry B. Walker, where they saw the blind healed, the lame walk, multiple salvations, and a mighty outpouring of the Holy Spirit.

Brother McGee's last assignment was as an associate pastor at The Bridge Assembly of God in Oklahoma City where he worked for his former youth pastor, Jim McNabb. He preached his last sermon "Draw Nigh to God" on July 6, 2022 and  passed on July 7.

Behold a Greater than Solomon

Jesus In the Midst

The Kingdom of Heaven

Who Shall Sit on the Throne

Used by permission of Kenneth McGee.

Brother McGee has written several books. He introduces them below. If you wish to purchase his books, you may contact him through his Facebook page.

My first book, What Is Pentecost Really Like, has been well received by the Assemblies of God. I was interviewed on Daystar Television about the book. It was listed by GPH as recommended reading for pastors on two different occasions.

My second book, Faith Can Move Mountains, is an exciting book about the many miracles I have witnessed in our ministry over the past 58 years.

My third book, Off Key: Harmonizing the Praise and Worship Debate, deals with the transitions occurring in our churches.

In my last book, I Love to Tell the Story: My Fifteen Favorite Sermons, is self-explanatory. The book has the sermons I have enjoyed preaching the most when I've seen the most results.