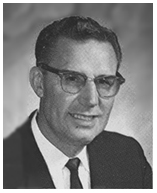 Brother Schmidt was known nationwide as a speaker for camp meetings, conventions, minister’s institutes and other gatherings. He traveled in more than 32 countries to minister to missionaries, teachers, officers and service men.

Schmidt authored several books including, The Other Side and What Next?

He held various district position with the Assemblies of God in both the Southern California and Rocky Mountain Districts.

Brother Schmidt made it to his heavenly home on August 4, 1991.

Saved and Thy House

The Judgement Seat of Christ

The Second Coming of the Devil

When the Party Is Over

Note: Side two of this message was too degraded to post. Since it is the only message we have by Brother Schmidt, we are posting half the sermon.

Used by permission of Betty Parker.