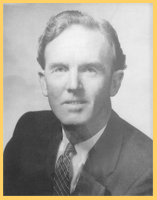 Leon Laffayette Ammons was born June 6, 1920, near Madill, Oklahoma. He was a veteran of World War II. Brother Ammons was ordained by the Texas District of the Assemblies of God on June 3, 1948. He served many years as an evangelist.