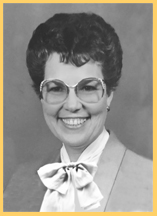 Mary June Beggs was a beloved servant, preacher, missionary, and pastor. Her passion for the Lord was singular, and her heart for prayer was fervent. Her exemplary character and committed determination to work together with God to accomplish his purpose remain her lasting legacy. She was a precious woman of God.

Mary was born June 1, 1939, in Snyder, Texas, to Audley and Ruby (Larue) Miles. Her parents’ godly influence helped shape her life for Christian ministry. She attended Southwestern Assemblies of God University in Waxahachie, Texas, and after graduating in 1960 she immediately set out in full-time ministry.

On July 1, 1960, Mary married Jimmy Beggs, and the young couple began pastoring in Morton, Texas. She was a teenager, serving as a youth evangelist for the West Texas District when she sensed God’s call to serve as a missionary to Africa, a call which she shared together with her husband from their early courtship. After raising funds, they and their two children, Gregory and Suzan, arrived in Tanzania in 1964. For the next 28 years they evangelized, planted churches, directed Bible schools, and wrote women’s ministry literature.

Mary was the founder of Assemblies of God Women’s Ministries in East Africa. In 1992 Mary returned to the United States with her husband to pastor churches in the Peninsular Florida, West Texas and Kansas Districts, posts they held for 20 years

Used by permission of Greg Beggs.