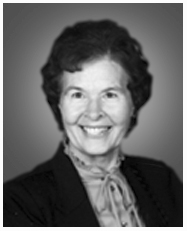 Sister Flower began her ministry as Mary Jane Carpenter, a "girl evangelist" from Russelville, Arkansas. She held many extended meetings with dozens saved and baptized in the Holy Ghost. Following a successful revival in Pennsylvania the pastor described her as "thoroughly consecrated and earnest, brings a fine, fearless message, and is a tireless altar worker."

In 1940 she married Joseph R. Flower and served as his faithful partner through a powerful ministry as a pastor, district official and general executive with the Assemblies of God.

In the 1950's she was recognized as the only ordained woman in Syracuse, New York.

The Antidote for Fear