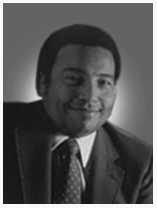 Morris Chapman is a Gospel pianist, songwriter, and singer. Chapman worked as a janitor for seventeen years before entering the full-time ministry in the late 1970s. Andrae Crouch said, "God boiled a man in the cauldron of affliction so that he would be a suitable instrument in His hands."

His musical career gives him an extra ability to reach people and touch souls. Over the years he has recorded a long list of albums, earned nominations for both Dove Awards and a Grammy, and written noteworthy songs that other artists have recorded.

Chapman has traveled extensively throughout his ministry and has led thousands of diverse congregations in praise and worship to God.

How God Can Use Me in Spite of My Issues

Used by permission of Morris Chapman.