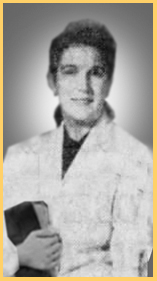 Peggy Richards was an evangelist from Memphis, Tennessee. She was a powerful preacher of the gospel and was in the ministry for more than forty years. Peggy’s father was a Southern Baptist pastor when she was baptized in the Holy Spirit and began preaching.

In decades of preaching Peggy never solicited or asked for a meeting. God opened every door for her in answer to prayer.

In the 1960s she held tent meetings in a canvas tabernacle that seated 2,000. Thousands attended the services with hundreds standing on the outside in the overflow. It was reported that more than forty Assemblies of God churches in East Texas and Louisiana were build following her tent revivals.

Getting Your Memories Healed

Used by permission of Mark Hendren.